What is Schema Markup? How it impacts SEO? 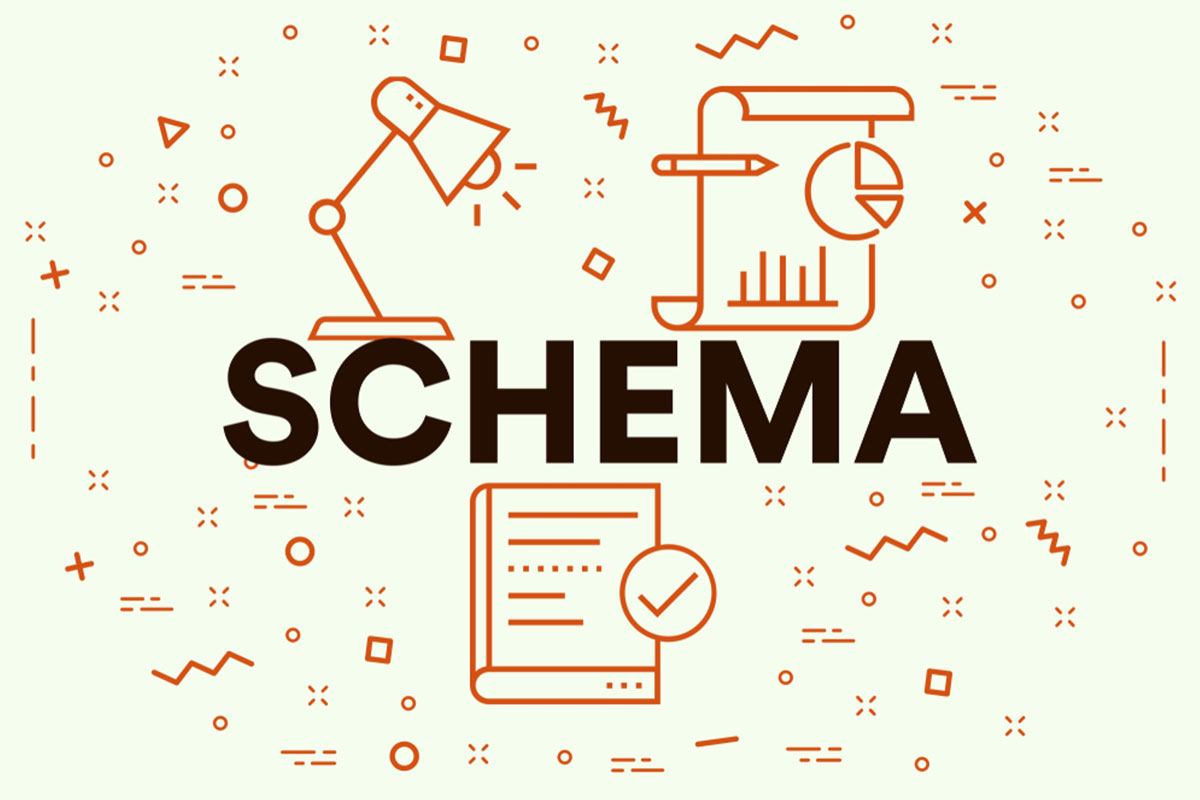 Ever emerging SEO has recently evolved with the schema markup. Off late the terms, rich snippets, schema markup, Structured Data, microdata would be finding places all over the internet. Most of the webmasters would have ignored it as it involves coding and appears to be a bit complex than other search engine optimization tasks.

If you are such a person this article would be an eye opener for you, end of which you would be able to code structured data for any website. So let’s dive in to the basics first and then to the details to master this SEO skill.

Schema Markup is a concept invented to make the job of search engines easy. Aligning the on page content with appropriate tags and headers is one of the very important requirements in SEO. This is put in place to make the content user friendly (by the way it appears to read and interact) and bots friendly (through the header and other Meta tags).

However organized, the search bots still struggles to pull out the perfect results every time (recalling Google CEO Sundar Pitchai questioned by the American Congressmen on why the search term “idiot “ on Google Images produces a picture of Donald Trump) foreseeing such instances schema markup was put in place many years ago.

What is Schema Markup?

Schema Markup is simply a code that one will have to embed on their website in order for bots to well understand the content on your site and to provide more information to the users in the search results.

Any newbie getting into the concept of schema markup will often get confused with all these terms. Lets breakdown these for better understanding of the article.

As now the call on defining a data model to describe structured data has come up, major search engines such as Google, Bing, Yahoo and Yandex created a semantic vocabulary to describe structured data known as Schema.org. This Schema.org exists as a unified source, so that search engines rely on markup created by this semantic vocabulary to improve the display of search results.

There are three different encoding types of schema markup supported by Google.

The power of organization schema markup can be harnessed to produce strong brand signals which are capable of improving the website snippet presence and knowledge graph entry in SERPs.

In the below example the logo, corporate address and social profiles are all result of the schema markup done to the particular website 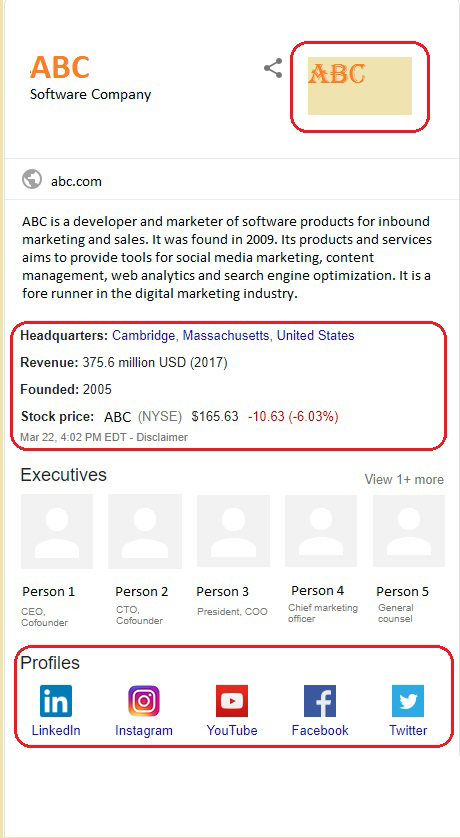 If the website has pre-built search functionality within it then you can add markup which enables a search box in your sitelinks. 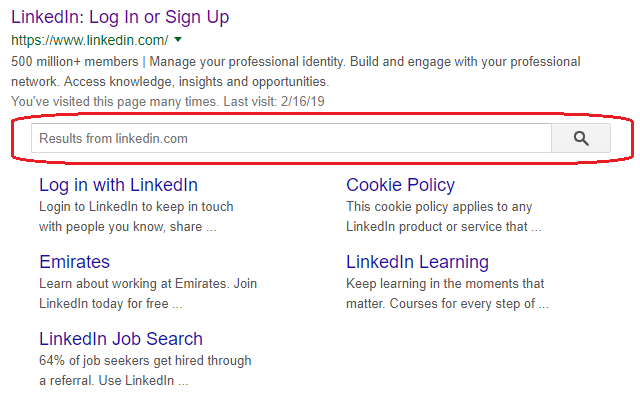 Breadcrumb menu can be created at you SERP results with the help of schema markup. This structured data gives the search result appear intelligent among its rival’s results.

If a page has video content then it can be nicely structured to appear in the search result. This is an excellent way to increase CTR for your search results.

This type of schema is the one would mostly come across. This schema is also an excellent way to increase the CTR of search results.These are two different schema markup that can be used independently or together.

Apart from these there are many other wide varieties of schema markup that can be used based on the requirement of individual website. The list of all available schema markup can be found at Google Developers website.

There are numerous ways to implement Schema Markup to a website, such as through Google Tag Manager, WordPress plugins, Coding and few others. Here we will be discussing a simplest way that uses Google Structured Data Markup Helper to implement structured data a website.

1. Go to Google Structured Data Markup Helper. Make sure the website tab is turned on.

2. Select the type of content that is subjected to markup and include the URL of the webpage that needs a markup. If you have only the html code of the content then the URL tab can be switched to html tab and the code can be pasted there. Click on start tagging. 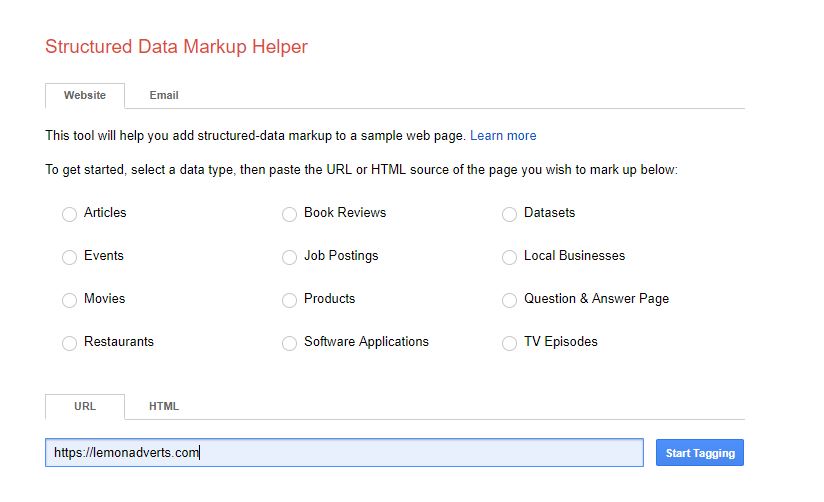 3. Now start tagging the content in the page against the value defined by by the tool at the right side of screen.

For sample the first factor on the markup tool is “Name”. This can be assigned by just selecting the same of the article. 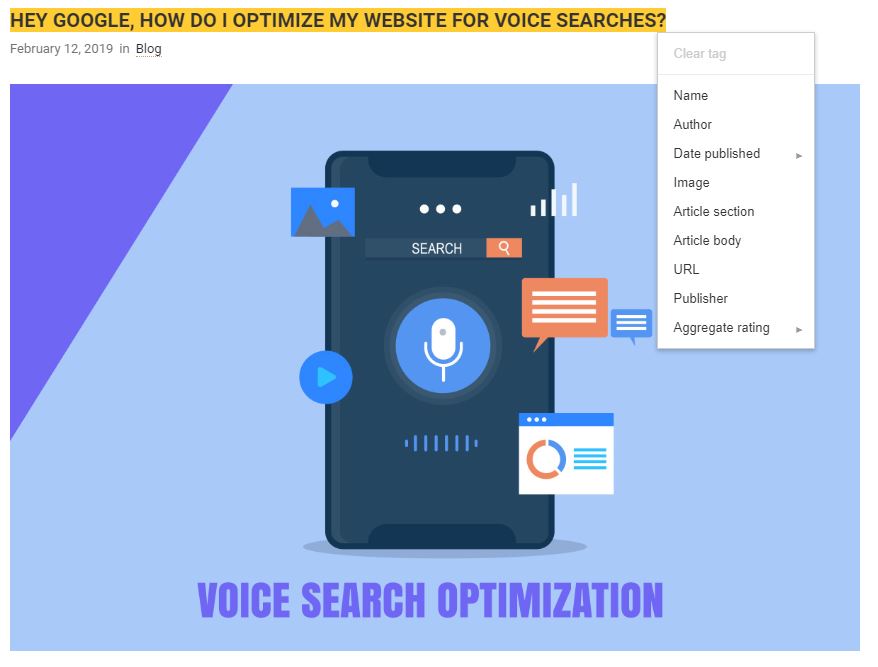 Similarly all required data from the article can be selected and added to the tool.

4. After the article is structured using schema markup click on the create html tab to create the corresponding Schema Markup. This tool helps you to choose between microdata or the JD-LSON schema markups.

5. Download the code and embed it into your website and you are all set to enjoy the rich snippets appearing for your search results. Before embedding it to the source code you will have to check if the code for structured data is error free using Google Structured Data Testing tool available in the Google Search Console. 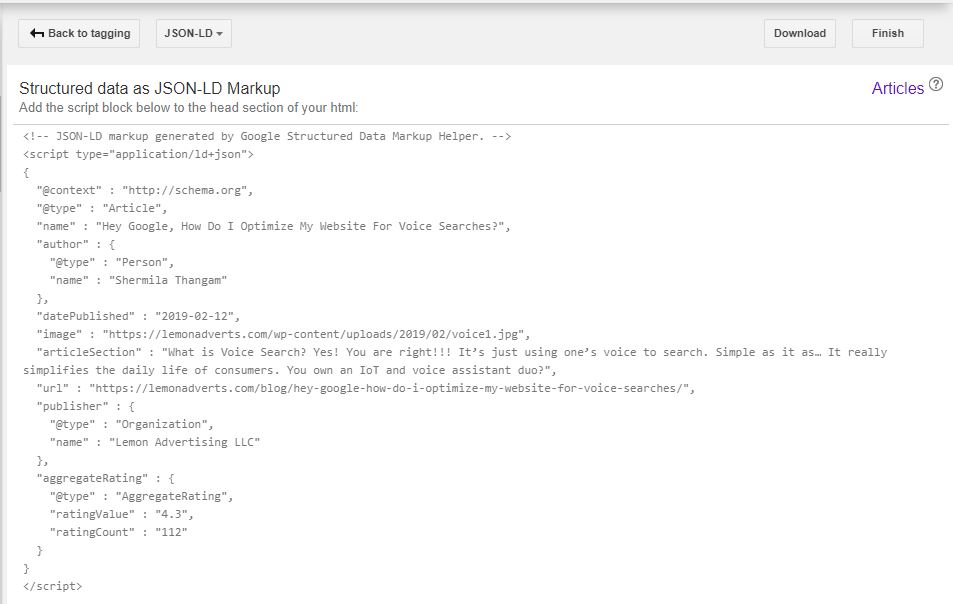 Why depend on an agency for Schema Markup?

The schema.org vocabulary has thousands of markup terms in it that are diversified based on numerous niche. So it requires a expert such as Lemon adverts to pick the best markup schema that works well for your website.

Here at Lemon, we would love to help you with advanced search engine optimization to withstand the organic traffic race with a free consultation. For more information, you can contact us on +971 6 562 9519. 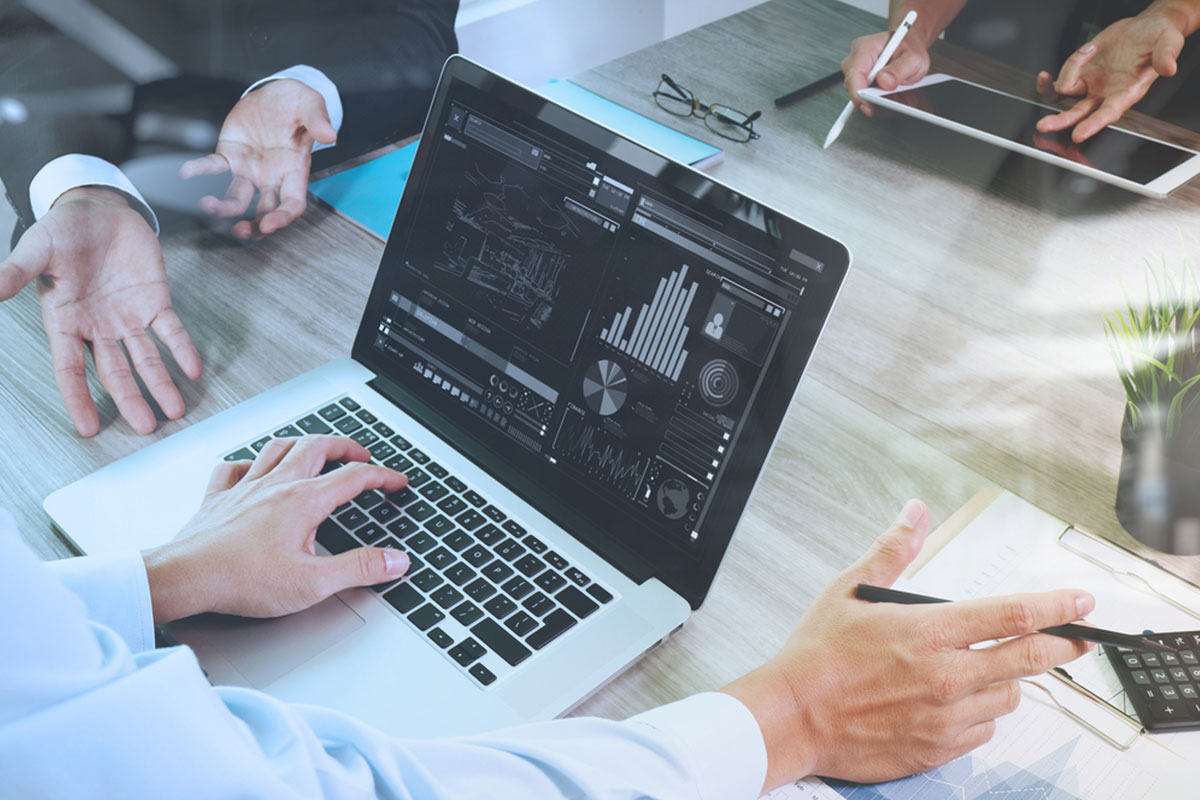 2
4 Like!
A Step by Step Guide to Create an Effective Social Media Report
April 8, 2019 by Mohammed Naheemuddin in Blog 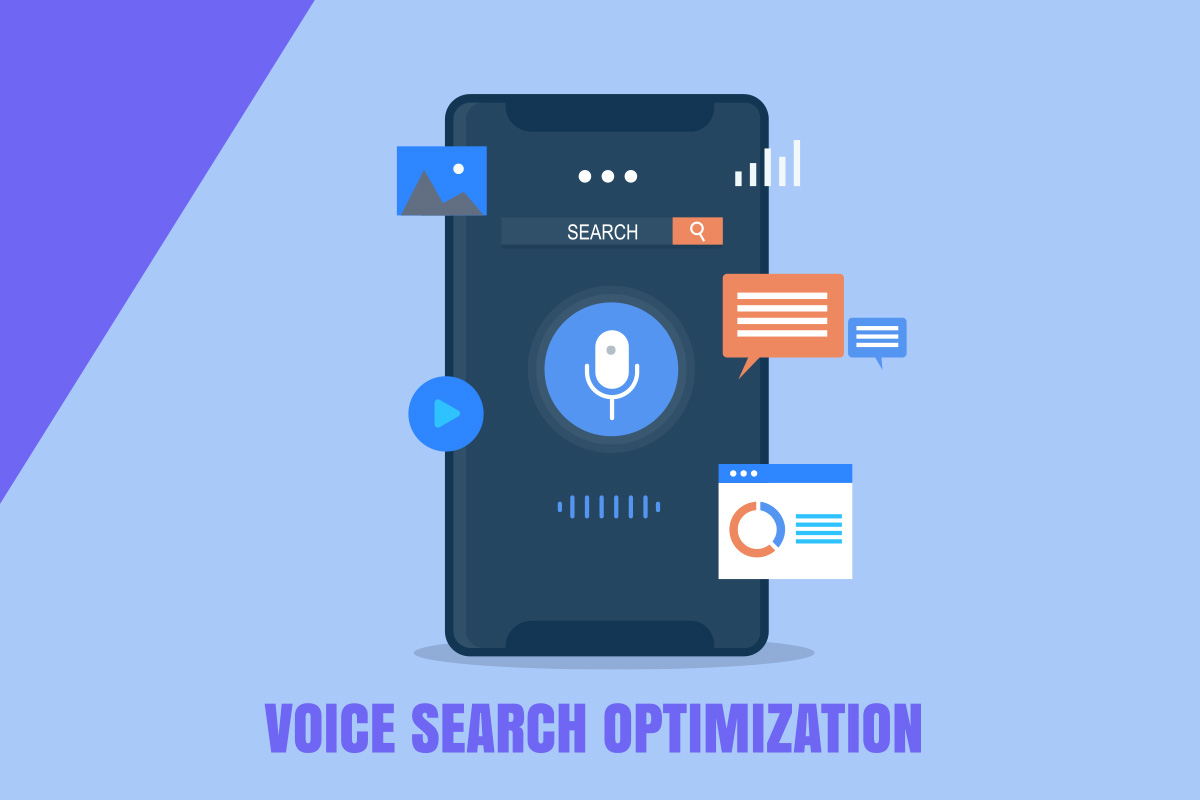 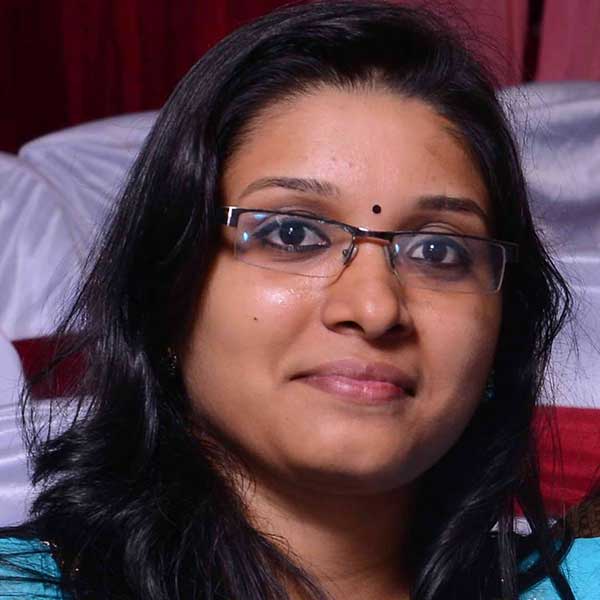 Shermila is an SEO specialist who excels in leveraging the power of digital and social networks to boost brand visibility and loyalty. As an experienced and knowledgeable analyst she uses her superb judgment and creative insights to channelize inbound traffic to websites that spark brand conversations.

2
A Step by Step Guide to Create an Effective Social Media Report
April 8, 2019

1
Hey Google, How Do I Optimize My Website For Voice Searches?
February 12, 2019

1
Hey Google, How Do I Optimize My Website For Voice Searches?
Shermila Thangam February 12, 2019 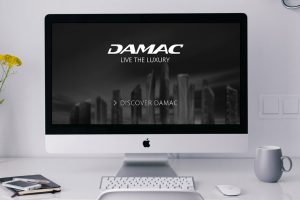 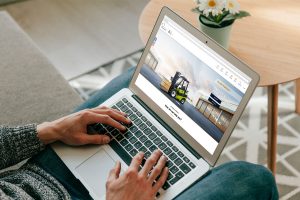 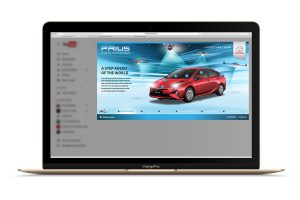 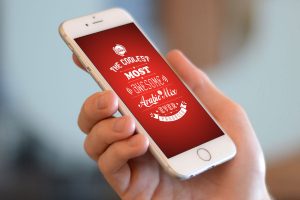 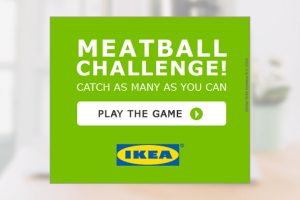 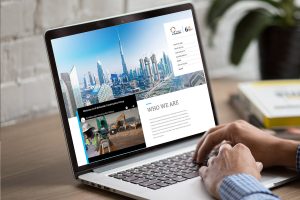 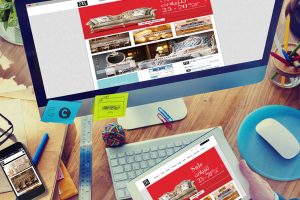 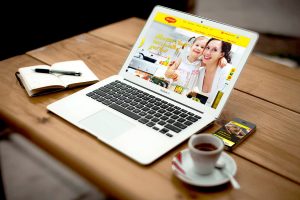 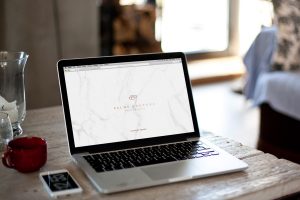 1
Hello,
How can we help you today?
Powered by